Between the 535-264 B. C. Southeastern of Iberia was under the Punic hegemony and the one of his famous generals Almílcar, Asdrúbal and Aníbal.

After the Greek and Carthaginian fights of, these last ones agreed with Rome (348) their control from Mastia (Cartagena) towards the west on Andalucia.
With mining interests in Barye (Villaricos), Malaka, Sexi (Almuñécar) and Abdera (Adra), the region of Níjar was surely zone of step, in which they have not been left hardly documentary nor archaeological references.
Avieno speaks to us of the zone: (_)”in the East of the Guadiaro live the ferocious libifenices and the masienos (_). Of Menaca (Malaga) after Venus, formerly rose numerous cities with a Phoenician crowd (_) after the Cabo extends a coastal emptiness of inhabitants and ground “.(_) At the time of splendor of the Iberian culture, led here by the Bastetanos towns (Trick) that knew to resist to much external influence, they received cultural stimuli of native and personal ways which were translated.
The Roman army was at that time, on the verge of disembarking in the coast of Gerona.. 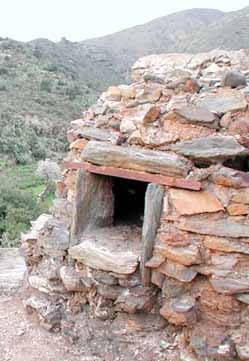