The capitulation of Granada in 1492 guaranteed to defeated the freedom of Muslim cult. Mudéjares (mudaijan; domesticated) they coexisted with the Christians from s. XI, being respected its customs, marries and work in exchange for tribute. They appear the abuses now of the Christian colonos that end a revolt in Níjar in 1501, enslaved and selling its settlers.

The pragmatic law of 1502 forces mudéjares to abjure of its religion or to exile. Those that remained, although obstinate to their faith and customs, were called moriscos (Christian new). A difficult stage knew Níjar coexistence (1502-1568): the “old Christians” learned the agricultural techniques of irrigated land of the moriscos, the culture of the moral and the morera for the artisan activity of the silk weave; the carpentry, esparto, the pottery and also wool and bovine the local pasturing of goats, from the mountain range to the level ones of the coast. It is begun to construct to the church, with three ships, taking advantage of the dimension the tower strength of the old mosque: head with pointed arc and back choir, encalados walls and ceiling adorned with caissons of magnifies conservation and beauty. The church of Huebro was of similar characteristics. Lucainena, Turrillas, Níjar, Inox, Tarbal and the Slaughter were the main nuclei inhabited until the morisca revolt of the 1568 and definitive expulsion in 1570. During the revolts of Christmas of 1568, the moriscas families of all the region of Níjar took refuge in the castle of the Rock of Inox, to the delay to embark towards Africa. Informed the Christians, they arrived with armies of sacking mercenarios come from all the peninsula, they took the hill and they obtained 3,000 slaves between women and children. It was the famous “business of concluded Inox” next to which today one remembers like “the town of the Slaughter”. After this war the population of Almeria was reduced to 7,000 inhabitants. In 1571, Níjar counted on a dispersed morisca population, hides in the mountain ranges. Except for the villa, all the towns were left from Almeria to Mojácar (1574). They arrived stepped repobladores from Cazorla, levantinos, Castilian, Aragonese and frontier, altogether 170 people (forty and five were welded). The repoblación failed and had to happen more than one hundred years so that the region recovered the population of the morisca stage. It began s. XVII, the dark century of Níjar. 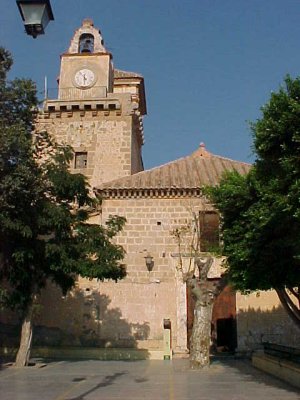